The latest hope of a cycle-based co-existence on Planet Earth is based on the potential of fungi. Fungi neutralise contaminated soil, dispose of mountains of plastic waste and are the bio-material for architecture, fashion, art and design. Above all, fungi can inspire humans to live together in a cooperative symbiotic way. It is precisely this aspect that Christina Maria Pfeifer made the topic of her artistic research.

With her microbiological art project, she pursues an artistic practice in which the focus is not on humans, but on a "more than human world".  In 2021 she invited the fungal mycelium of the tinder fungus into her studio as an equal protagonist. She developed a semi-living sculptural group of platinum tubes in which the mycelium unfolded free from human intervention. The project took place in collaboration with the #transfungalensemblage and the scientific support of the Pilzwerkstatt Berlin.

What happens if you work with a microbiological creature on an art project? That is the idea behind this exhibition.

A series of infrared photographs documents the appearance and behaviour of the fungus. The fungal mycelium does not form a defined body that can be firmly localised, but rather one that wanders through the platinum tubes. Once it emerges, the finest hairs and delicate fur can be seen and the magic and complexity of this living organism, considered to be the largest living organism on earth, become visible.

The interweaving body of the mycelium inhabits the group of sculptures called the Platinum Batium. Eight of these sculptures are suspended from the ceiling like hanging plants. They are made of recycled motherboards connected with thermoplastic tubes. As a result a body emerges that seems to be inspired by a synthetic rainforest of the future.

The artist  places the multifaceted relational ecology of fungus at the centre of her interactive performance "Myco-Experience". She will introduce the participants to the relationship of the fungus on trees with the fungus in human beings. 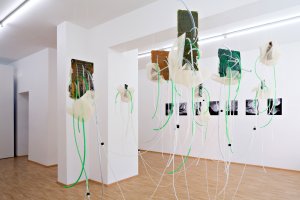 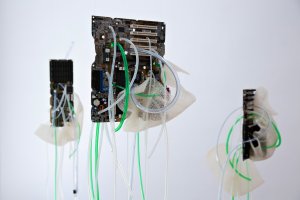 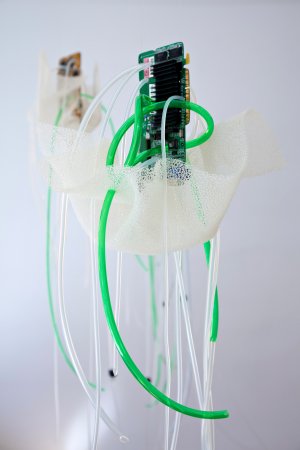 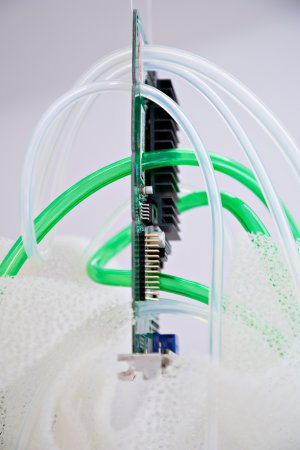 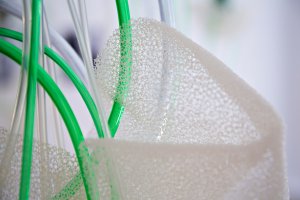 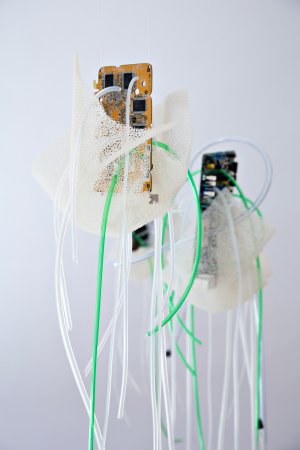 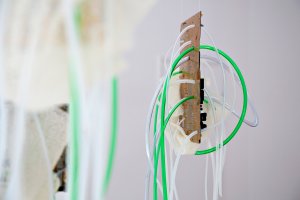 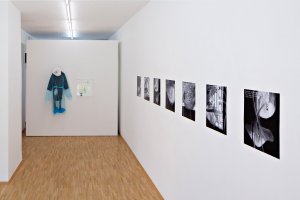 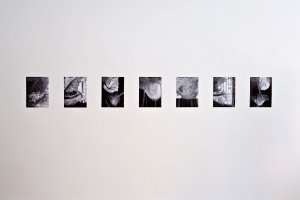 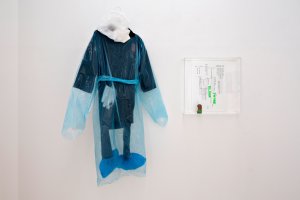 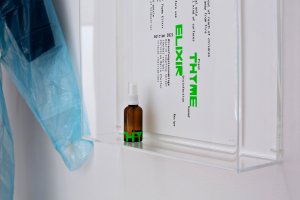 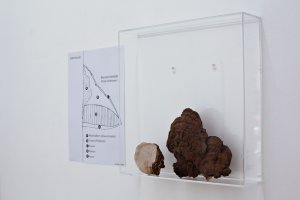 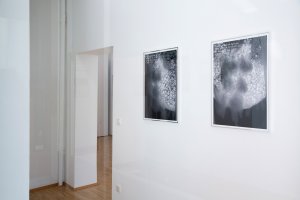